Modern pivot doors can make all the different in the first impression appeal to any location. Large pivot door are many times more impactful and memorable for that extra curb appeal in pivoting front doors. The bigger the pivot door, the better. 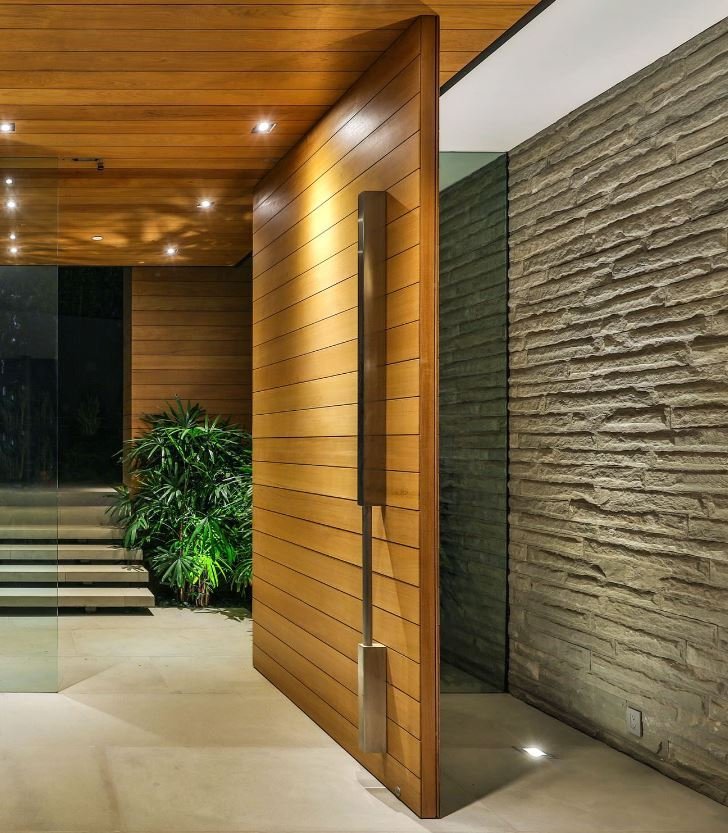 Large pivot doors are most impressive when they are very large indeed anyone who encounters such a massive and beautiful entrance door takes note of it. Traditionally, humans are attracted to large wood doors, they harken back to natural, simpler times, the smooth lines of the wood grain can be both soothing, and appealing.

The only problem is, sometimes being so big can be a problem. Everyone knows that big wood doors warp. Nothing against those large pivot doors that we love so much, it’s just a case of mother nature’s life force trying to exert the assertion that there is still life inside the wood aching to be released.

Wood moves by itself when you least expect it, but you can predict its tendency to move based on the change of the seasons. Even more prone to warp are wooden pivot doors of immense size. Even though we make Large Pivot Doors in any size, very large pivot doors are considered to be anywhere from twelve to fifty feet tall pivot doors. 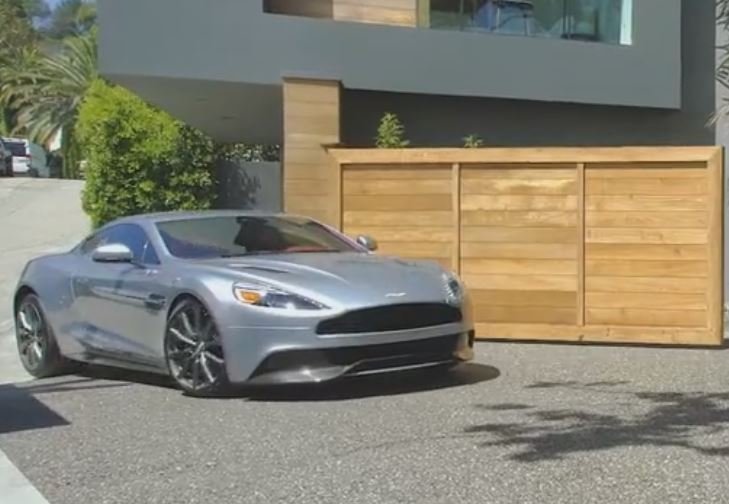 When you’re contemplating wood pivot doors of immense proportions, the issue of weight and dimensional stability becomes an issue to be managed. Thanks to Large Pivot Door’s patented large pivot door solution provides you with a base core material that is lightweight, insulated, and stronger than steel pound for pound.

The most impressive architects and designers (many you know by name) are using this revolutionary large pivot door core material as their secret ingredient behind their largest pivot door creations. These specialized one-of-a-kind creations could range anywhere from a single large pivot door to an entire wall of pivot doors. 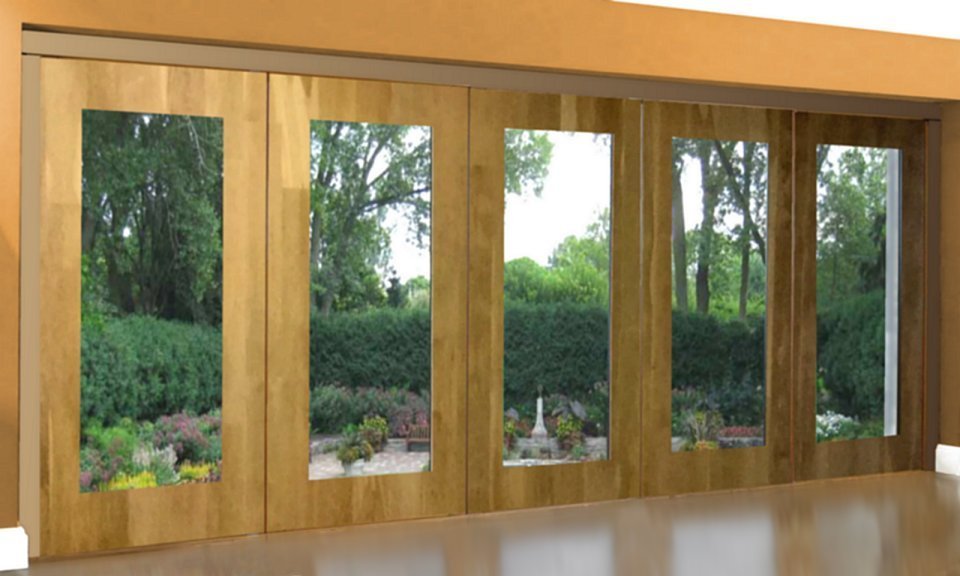 Using a lightweight large pivot door as a replacement door is trending among architects and designers as the best architectural replacement door. The lightweight yet super strong attributes make cutting, framing, and inserting retrofit hardware a breeze for a contemporary architecture design update that is powerfully compelling.

For the most dramatic impact a large pivot door can change the entire entrance area of any structure including commercial structures and retail facades while remaining completely weatherproof even if exposed one hundred percent to extreme weather conditions. 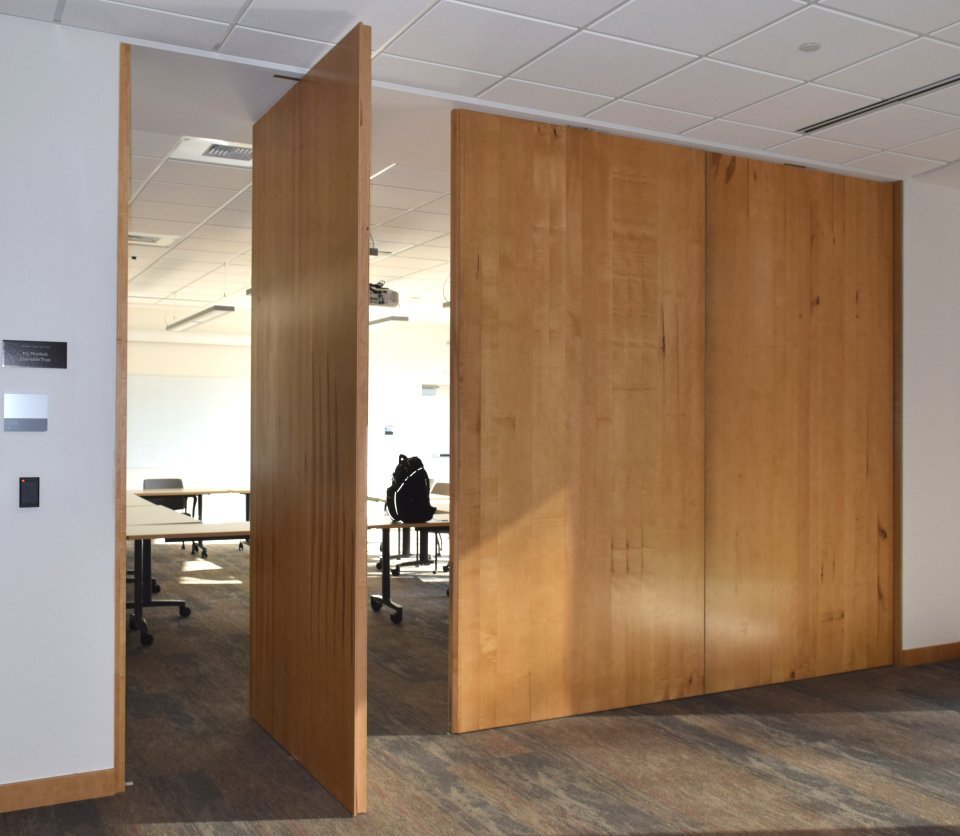 No large pivot door project is too large for Large Pivot Door’s team of true flat warp-free professionals who can provide you or your favorite pivot door company with the large pivot doors which can meet or exceed all your large pivot door expectations, including high precision, high performance, and sustainability over a long maintenance-free lifespan guaranteed.

Since all Large Pivot Doors are custom made pivot doors, made by our experience large pivot door artisans here in the Pacific Northwest, you can be proud to own a door which can be likened unto an individual work of art, predominantly displayed and proudly made in the USA.

A wide variety of pivot door hardware is available for a wide range of opportunities for varying the operation of your large pivot door, anything from center pivot to extreme side pivot hardware operations.